The Blessed Helmet of Flummoxification

The Blessed Helmet of Flummoxification appears to be a standard, well-made riveted helmet. When found, it is immaculately clean and usually finds its way onto a pedestal that will mysteriously be lit as from above. The Helmet smells faintly of garlic and onions. 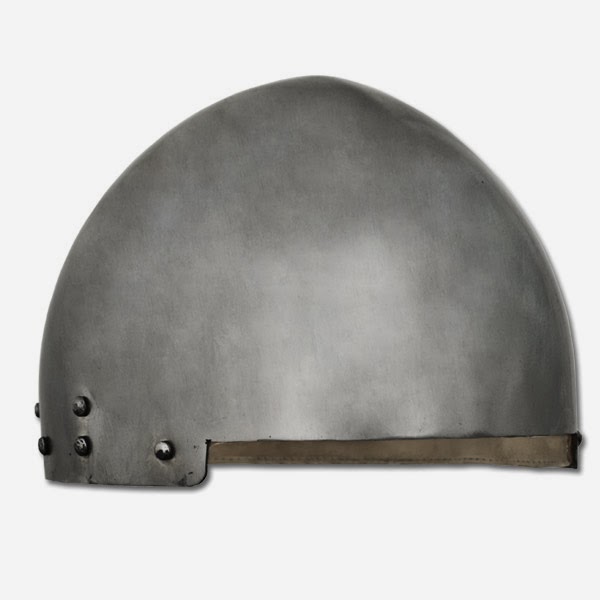 The Helmet radiates magic so strongly that any caster with Detect Magic even prepared will sense magic radiating from it, and those who cast Detect Magic on it will sense what is most likely the strongest emanation of magic they have ever sensed…

Part of the magic, however, is that no amount of trying will reveal what the Helmet does! The Helmet may be put on and taken off with ease - the only obvious sign that this is not technically a cursed item.

The benefits of the Helmet last only until the Helmet is removed. They are:

Whenever the Blessed Helmet of Flummoxification is put on, a random effect upon the wearer takes place. Roll on the following table to determine the random effect:
The mechanical and/or role-playing penalties (or benefits) of these effects are left to the referee to adjudicate as the referee sees fit.

The costs of the Helmet last NOT until the Helmet is removed, but until the wearer loses consciousness. This means two things:
There are rumors of a Cursed Helmet of Flummoxification, completely identical to the Blessed Helmet except that it has no benefits and cannot be removed once put on, per normal cursed item rules.